The official announcement for 2016 Social Security cost of living adjustment (COLA) will come in October. However, for those who paid attention, it’s widely anticipated that there will be no COLA in 2016.

Social Security COLA goes by the increase in the Consumer Price Index for Urban Wage Earners and Clerical Workers (CPI-W). That index has been lower in 2015 for eight months in a row than a year ago in 2014. 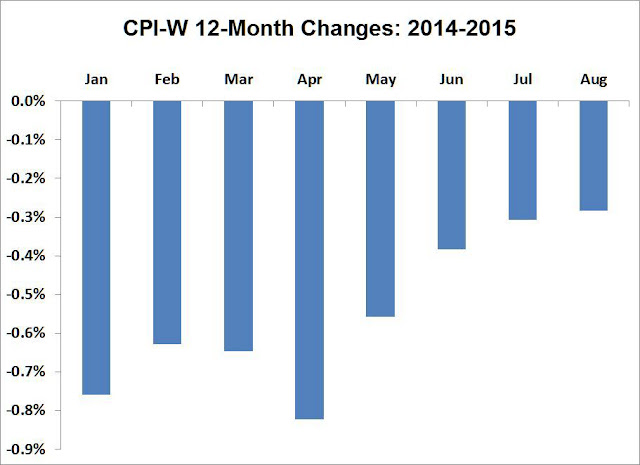 The gap has been narrower in recent months but it’s still negative. September CPI-W would have to flip to a +0.8% for 2016 Social Security COLA to escape its fate of being zero. It’s not going to happen.

Naturally people want a higher COLA. Some mistakenly think that the Social Security COLA is given arbitrarily by the President or Congress, and they want their elected officials to take care of the seniors by declaring a higher COLA. That’s not the case.

The calculation is automatic. It goes strictly by inflation. You get a higher COLA only if inflation is higher. A higher COLA with a higher inflation does you no good. Contrary to intuition and many people’s belief, you want a lower COLA. A lower COLA means lower inflation, which means lower expenses for retirees, which makes your savings last longer.

Pray for a lower COLA if you are retired.