Among the stack of mail the Post Office delivered to me after my long vacation were three $25 American Express Gift Cards. 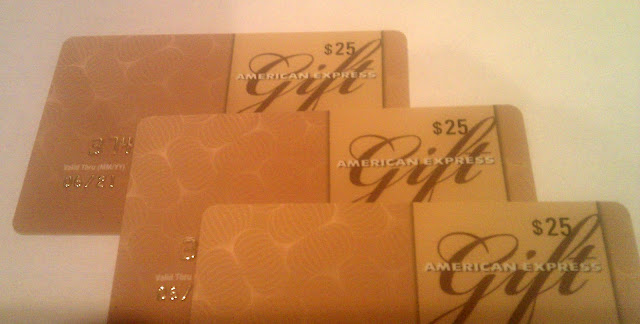 I thought I wasted a bit of time on that attempt but I decided to keep the prepaid cards because they look nice and I could find some use for them.

What do I do with the prepaid cards and gift cards? I use them at Costco. If a card doesn’t have enough money on it, Costco automatically applies the money on the card and asks for the remainder.

Now American Express is doing a similar promotion again. This time it’s “Order an American Express Prepaid Card, load $200 or more at the time of order, and receive a complimentary $25 Gift Card.” It’s a public promotion available to everybody. If you go to the prepaid website you will see it.  Offer expires August 31.