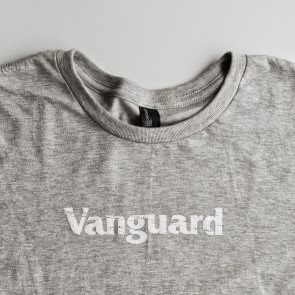 Speaking of solo 401k, I heard that Vanguard recently asked all its solo 401k plan customers to “amend and restate” their plan with a new package of documents. This is not unusual. Laws and regulations change. Plans are required to adopt the changes in order to stay compliant. After patching one amendment after another, amending and restating incorporates everything into one clean set of documents.

Not accepting incoming rollovers from IRAs had been a weakness of Vanguard’s solo 401k product. This means you couldn’t consolidate your SEP-IRA with your solo 401k. You also couldn’t roll over the pre-tax money from your traditional IRA. People wanting do that had to go somewhere else such as Fidelity.

Unless otherwise elected in the Adoption Agreement, an Employee may make Indirect Rollover and Direct Rollover contributions to the Plan from distributions made from plans described in Code sections 401(a), 403(a), 403(b), 408, and 457(b) (if maintained by a governmental entity) (excluding Nondeductible Employee Contributions and Roth Elective Deferrals except as otherwise indicated in the Adoption Agreement) unless an Employee is either an Employee of a Related Employer of the Adopting Employer that does not participate in this Plan or a member of any excluded class in Adoption Agreement Section Two and Plan Section 2.01. The Plan Administrator may require the Employee to certify, either in writing or in any other form permitted under rules promulgated by the IRS and DOL, that the contribution qualifies as a rollover contribution under the applicable provisions of the Code. If it is later determined that all or part of a rollover contribution was ineligible to be contributed to the Plan, the Plan Administrator shall direct that any ineligible amounts, plus earnings or losses attributable thereto (determined in the manner described in Plan Section 7.02(B)), be distributed from the Plan to the Employee as soon as administratively feasible.

However, a member of the Bogleheads investment forums reported that Vanguard is still not accepting rollover contributions. He posted this reply from a Vanguard representative (bold added by me):

I was able to get more information pertaining to your question with the help of my colleagues that work in our Retirement team.

I’m not a lawyer but I really hope this is just from some misinformed Vanguard employees, not the official position of the company. When you send documents to the IRS to get the plan qualified, the IRS evaluates the plan with the assumption that you will do what the documents say. You can’t just secretly operate the plan contrary to what’s written in the plan document. If you don’t want to do something, don’t put it in the document. It’s not acceptable to say one thing to the IRS and do another.

Another member of the Bogleheads investment forums sent me the old version of the plan document he signed in 2010. It had the same language. Nothing in the adoption agreement or amendments disallowed incoming rollovers either. Has Vanguard been operating the plan contrary to the terms of the plan document all these years?

The IRS lists not following the terms of the plan as the #2 problem for 401(k) plans: 401(k) Plan Fix-It Guide – You didn’t base the plan operations on the terms of the plan document. The way to fix it is to “[a]pply reasonable correction method that would place affected participants in the position they would’ve been in if there were no operational plan defects.” That means at the minimum accepting incoming rollovers if not doing something to compensate the participants for not being able to do it before.

I will still keep my plan at Fidelity. Vanguard only allows the more expensive Investor shares in solo 401k plans. No Admiral shares, nor ETFs. Fidelity doesn’t have that limitation. You can buy the less expensive Spartan funds Advantage shares if you meet the purchase minimum (typically $10k). Or you can buy ETFs, including Vanguard ETFs. You just pay $8 per trade if you want Vanguard ETFs instead of the commission-free iShares ETFs. I have the majority of my plan holdings in Vanguard and iShares ETFs. My new contributions are going into a Spartan fund. I get the best of both worlds that way.