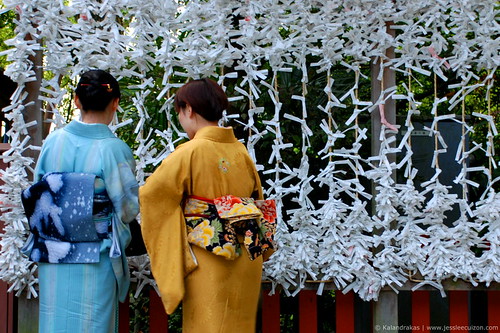 When I looked at my 401k account for something else, I noticed this from the performance sheet:

I remember vividly last year everybody piled on Bill Gross, the manager for PIMCO Total Return, when he sold Treasuries prematurely. PIMCO Total Return suffered from that decision in 2011. It underperformed the Vanguard fund by 3.5%. But It made it all back plus some more in 2012. 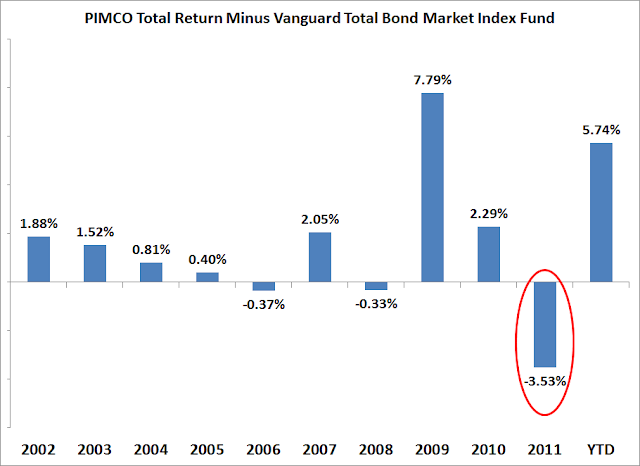 Except in 2011, PIMCO Total Return beat Vanguard Total Bond Market Index Fund pretty much every year in the last 10 years. When it did worse in 2006 and 2008, it was only by a small amount, whereas when it did better in other years, it was often by a much larger margin.

How did Bill Gross and the PIMCO team do it? I don’t know. I’m sure if someone digs deeper under the hood, they will see Bill Gross took more risk. Some will also say Bill Gross got lucky. It is possible to get lucky for a long time. Bill Miller of Legg Mason is usually offered up as an example.

The thing is, we will never know whether Bill Gross was lucky or Bill Miller was unlucky. Knowing which risk to take, to what degree, and at what time, is of tremendous value. Some risks are worth taking; some are not; and the risks worth taking keep changing with time. You win some, you lose some, you never know whether one way is better than another. So even if Bill Gross took more risk, as long as it’s the right risks at the right times I don’t think the average 401k participants care. If luck gives more dollars in the account, they will go with luck.

Index funds beat actively managed funds on average. When it comes down to any specific fund X, it’s far from certain that an index fund will beat fund X next year or in the next 10 years. 10 years ago someone believing that an index fund is superior to an actively managed fund would have chosen the Vanguard index fund over PIMCO Total Return. Over the next 10 years this investor would see the Vanguard index fund doing worse than PIMCO Total Return almost every year, sometimes by a lot.

Back in 2002, PIMCO Total Return wasn’t a small obscure fund that nobody knew. It was already well known. Sometimes even chasing the star manager works. The fund manager can get lucky. You can’t beat luck. This is why investing is hard.

By the way I’m not in either of these two funds because I’m filling my tax deferred accounts with stock funds.