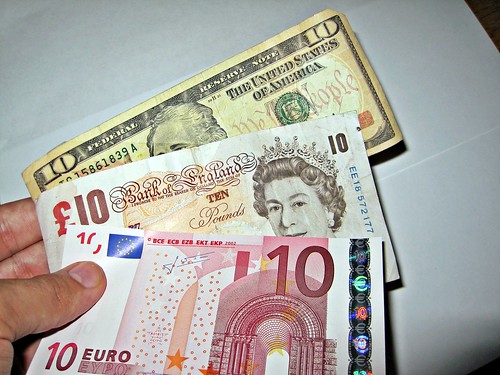 CurrencyFair came up on top for sending money to another country when I looked at different options a few months ago. See previous post Get the Best Exchange Rate: Bank Wire, Xoom, XE Trade, Western Union, USForex, CurrencyFair.

I used it once after I wrote that article. It worked very well. I registered an account online one evening. The account was activated the next morning after I uploaded a scan of my driver’s license and two utility bills for ID verification.

I wired money into CurrencyFair’s account at Bank of America in New York using a free wire transfer from Fidelity. Then I exchanged the US dollars into foreign currency online at CurrencyFair. I gave CurrencyFair the bank account where the foreign currency should go into in the destination country. CurrencyFair sent the currency into that account. The money arrived the next day.

The whole process took two days. If I do it faster I think I can squeeze it down to just one day. The exchange rate markup plus a small fee was approximately 0.5% of the transferred amount.

Soon after I completed the transfer, I received an email from CurrencyFair saying they were going to suspend their service to US customers. As of December 7, US customers couldn’t deposit any more money to CurrencyFair. Money already deposited must come out by December 31.

CurrencyFair stated the reason for the suspension was new regulatory compliance requirements. From the email:

Following our initial assessment of regulatory changes in the United States, including changes arising from the Dodd-Frank Act, CurrencyFair will temporarily withdraw services for US residents while we consider these requirements and how they impact our business model.

This was a difficult and very regretful decision but we are confident we will be able to resume services in the future. The exact date of re-activation has not yet been determined and may take some time. We appreciate your patience and will continue communicating our status and expected return.

I hope they will resume service in the US market soon. Otherwise US customers will have to go down the list and use a different service. In my case the next best alternative is more than twice as expensive as CurrencyFair.

On the other hand, CurrencyFair is a very small company. According to a recent press release, it received less than $5 million in funding since 2010, including the most recent round of $2.5 million in the end of October 2013. When you get $2.5 million in funding, what’s the best use of it? Is it on product development, marketing, or compliance? It may very well decide to stay in its core market in Europe and not take on the cost of regulatory compliance in the US.

If CurrencyFair sees it’s too costly to serve the US market due to compliance requirements, US consumers indirectly bear the cost by paying more to another provider that charges a higher margin. More regulations actually help the larger, more established, and more expensive companies.