In the previous post Tax Software: Buy Download Or CD, Not Online Service, we focused on the 40% of tax filers who prepare their own returns. More people actually don’t do it themselves. They use the service of a tax preparer to file their taxes. Granted some people have complex tax situations with self-employment, rental properties, complex investments and what not, and some people are wealthy enough that they just don’t want the chore of doing their own taxes, but it’s hard to believe that those make up over 50% of all tax filers.

According to a Bloomberg article two years ago, brick-and-mortar tax preparation services charged on average $176 for a tax return with just the standard deduction. I see tax filing offices inside Walmart stores. I don’t suppose people with complex tax situations are going there.

One theory given for the surprisingly high number of people who use a tax preparation service is the Earned Income Tax Credit (EITC).  EITC is a refundable tax credit available to eligible workers earning relatively low wages. To those who qualify, EITC represents a substantial amount of money they will receive from the government. The 2018 maximum EITC for a tax filer with one child is $3,461; for two children, $5,716; and for three or more children, $6,431. When you are receiving that much from filing the tax return, paying $200 can be seen as a necessary and acceptable cost.

However, receiving EITC and paying for tax preparation don’t have to be linked. The EITC comes from the government. You get it whether you use someone or you do it yourself. If you do the tax return on your own, you will still receive EITC. You just save the $200 tax preparation fee.

In this article I will show you how to do the tax return on your own and still receive EITC. 28 million tax filers receive EITC. If only 0.01% are able to save $200 by following this guide, this guide will save people $560,000 a year!

I will use this example:

Jen is a single parent with one 5-year-old child. She files taxes as Head of Household. Jen makes $30,000 from her job. She has no other income or complexities.

I will use TurboTax Free Edition for this example, only because TurboTax is a popular online service. I will create the same guide for using other services in the future.

After you sign up with TurboTax and you enter the software, you will be asked for your name, address, Social Security Number, and your marriage status. Those are very straight forward.

97% of people who receive EITC have children. Here Jen answers Yes because she has a child. 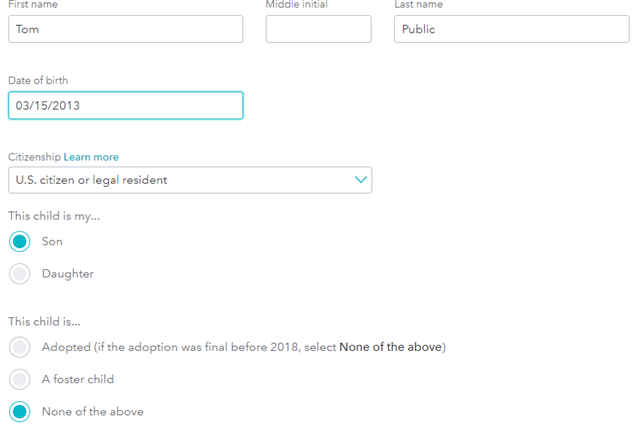 Jen gives the name, date of birth, citizenship, and the relationship about her child.

Jen’s son lived with her in the U.S. the whole year.

Jen has agreement with her son’s father about who would claim her son as a dependent on the tax return.

The agreement was that her son’s father would not claim her son as a dependent.

No other relative lived in Jen’s home and helped raise her son.

Having a child as the dependent on her tax return will increase her chance of receiving EITC.

Because Jen only has one child, this is the end of entering dependents. If you have more than one child, repeat and enter the information about your other children.

Jen paid more than half of the cost to keep up her home.

That qualified her to file as the Head of Household, which gives her a larger standard deduction.

Jen enters the numbers on her W-2 into each corresponding box. 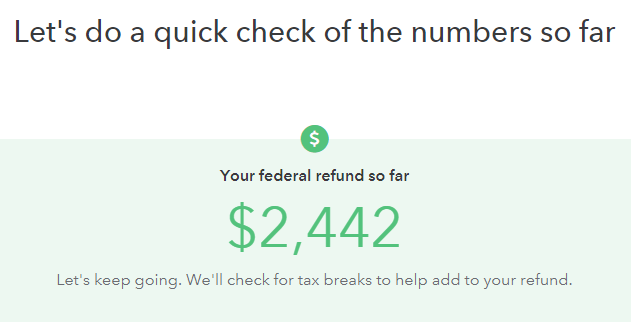 Right away TurboTax tells Jen she would get $2,442 in tax refund.

Because Jen only has one W-2, she continues to the Deductions & Credits section. Earned Income Credit and Child and Other Dependent Tax Credit are listed and marked as “Needs review.” She clicks on the Review button to go into each one.

She still needs to confirm a few things before she gets the EITC.

She lived in the U.S. for more than six months. 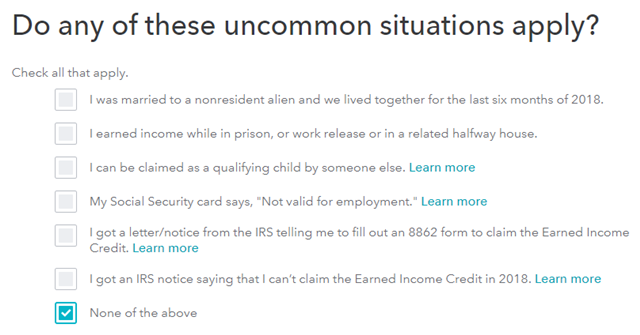 She didn’t have any of the uncommon situations. 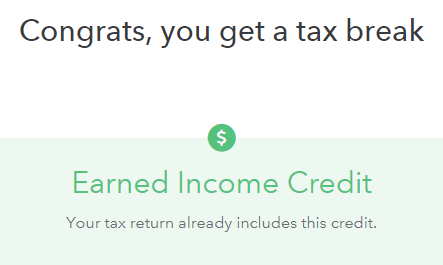 Jen also needs to confirm a few things before she gets the Child Tax Credit.

She did not earn income as an inmate. 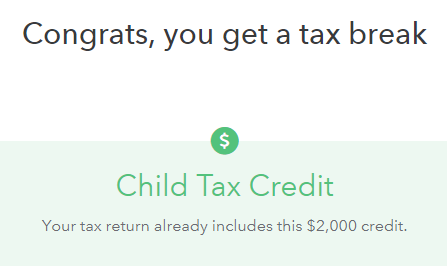 She didn’t received a letter from the IRS telling her she must file Form 8862 in order to claim Child Tax Credit.

That’s it. Without paying $200 to a tax preparation service, Jen is able to do the tax return on her own and still receive her EITC and Child Tax Credit.