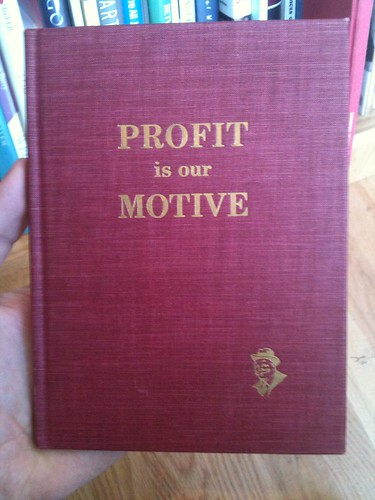 If two businesses do pretty much the same thing, but one is for profit and the other is not for profit, as a customer, should you automatically favor the one not for profit?

I subscribed to a publication called Consumers’ CHECKBOOK for several years. It publishes ratings for local service providers — plumbers, landscapers, auto repair shops, etc. It’s done by a nonprofit organization called Center for the Study of Services (CSS) out of Washington DC. I decided not renew this year.

Why? Because I see Yelp does a much better job.

By coincidence, right before the renewal, Consumer’s CHECKBOOK sent out the annual service provider survey to subscribers. As subscribers we were asked to tell them which providers did a good job and which ones didn’t. The providers were listed in a paper booklet with a code. We were supposed to enter the code on a survey form, either circle some ratings or fill in some bubbles (I forgot exactly how), and then mail the form back.

I didn’t do the survey because it was too late and too cumbersome. I would rather rate the provider right after the service was done, and do it online instead of on paper.

Center for the Study of Services is nonprofit. Yelp is for-profit. Yet I would rather use Yelp if Yelp charges me the same subscription fee. There are more ratings, more granular comments, and more current experience shared on Yelp than in Consumer’s CHECKBOOK.

Sometimes profit is a good thing. The profit motive gives Yelp the incentive to invest in its services. Their services make it better for both the consumers looking for businesses to hire and for businesses looking for customers. Lack of profit keeps Center for the Study of Services stuck in the world of annual subscriber surveys by paper mail.

I have or had accounts with all of them: banks, credit unions, Fidelity, Schwab, and Vanguard. I must say a not-for-profit isn’t automatically better for me as a customer.  I’m happy to give banks and Fidelity their profit when they provide a better service. When a for-profit company becomes more efficient, it can both make money and provide better products and services to the customers.

What about you? Are you weary of companies that make a profit from you?