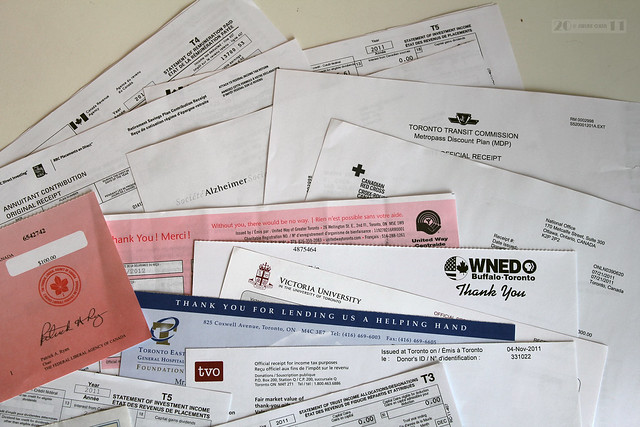 It’s that time of the year when I tally up the eligible health care expenses incurred in the previous year and request reimbursement from my Health Savings Account (HSA).

I don’t use the HSA debit card at the time of service because you never know how much the provider is supposed to write off due to in-network discount and how much insurance will end up covering. I just wait until the dust settles and pay my part of the bill out of pocket — with a rewards card — after the claim runs through insurance.

I put the EOBs in a folder and I record what I paid in a spreadsheet. After the year closes, I request one lump sum from my HSA to reimburse what I paid out of pocket during the year.

When it comes to how to use an HSA, there are primarily two camps. One camp, to which I belong, uses the HSA money to cover current out-of-pocket expenses. One can argue it’s the way an HSA is “supposed to” be used. Another camp would save the receipts but not request reimbursement. They let the money grow in the HSA. Some call the HSA a “stealth IRA” when they use it this way.

Not requesting reimbursement is certainly allowed. The point of saving the receipts is that those expenses will be allowed to be reimbursed at a later time. That later time can be 30 or 40 years in the future. Between now and then, the money grows in the HSA tax free. The difference would be similar to that between a taxable account and a Roth IRA.

Q-39.  When must a distribution from an HSA be taken to pay or reimburse, on a tax-free basis, qualified medical expenses incurred in the current year?

It explicitly said “in any prior year” and “there is no time limit.”

So why do I not take advantage of it and let the money grow tax free for 30 or 40 years then? Note the Q&A doesn’t end with just “there is no time limit.” There is a however after that. The however part puts the burden on you to show that the expenses haven’t been already reimbursed in another way and that you haven’t taken a deduction on those expenses.

I don’t want that burden.

There is a famous saying “you can’t prove a negative.” When you dump 40 years worth of medical expenses on the table, how exactly do you show that they haven’t been reimbursed in a different way? When the burden is on you, you will necessarily have to go through 40 years worth of other records to show that you didn’t reimburse those expenses. If I say “maybe you reimbursed in year 13?” you will have to show your other records in year 13 — “nothing here.” “What about year 19?” You will show year 19. You end up having to show your other records for each and every year in all 40 years.

By choosing to take a distribution every year to cover the eligible expenses incurred in the previous year, I close the chapter and move on. I lose a few hundred dollars worth of future compounding but I also not worry about keeping the receipts and other records forever. Peace of mind makes it worth it.