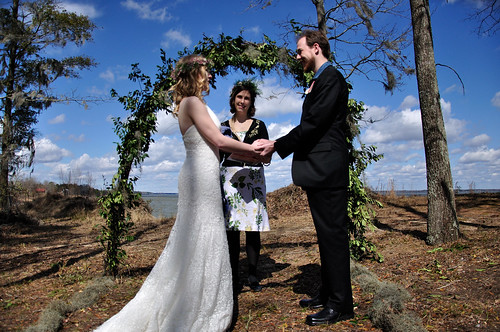 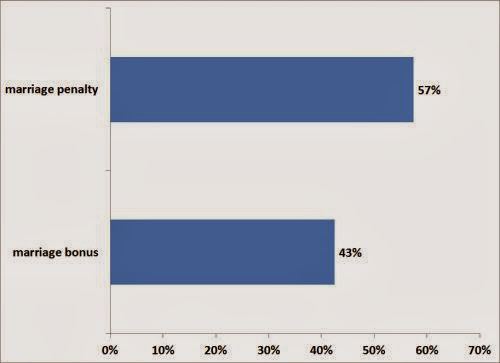 The flip side of a marriage bonus is the singles’ penalty. If two people with uneven incomes don’t marry, they pay higher taxes. Some same-sex couples who weren’t allowed to marry suffered from this penalty for a long time.

Size of Marriage Bonus or Penalty

My wife sometimes asks me if I knew how much we would pay in marriage penalty whether we would still marry. I always say yes. The table below shows the size of the marriage bonus or penalty among the poll responses:

Marriage bonus starts low, stays in a narrower range, and is more evenly spread out, as witnessed by its average and its median being close to each other. Marriage penalty is more concentrated at the lower end (lower median) but it goes out much farther. The larger penalties at the far end pull up the average.

Think about the couple who pay $20,000 more in taxes each year just because they are married. It takes a super-strong bond to say this is the price we pay for love. How much is $20,000 per year invested throughout their careers? Easily over $1 million.

To be honest I think it’s a pretty stupid system that makes you pay more or less in taxes just because the two of you are married or not married.