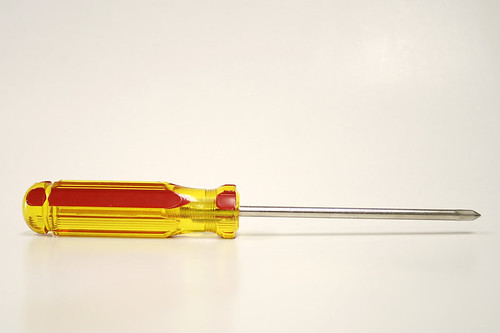 I bought a full set of appliance when I moved into my current home in 2002: a washer, a dryer, and a refrigerator. Not knowing any better, I bought all of them Kenmore brand at Sears. They seem to be reaching the point of failure after 11 years.

A month later my washer broke. After washing one load it decided to quit on the second load. It pumped water in but the drum just didn’t move no matter what. I had to haul my clothes soaked with detergent to a coin laundry place to finish them.

I found a repair technician on Yelp. He did some tests with a multimeter. “A bad timer.” he said. It would cost $250 for part and labor. Considering that I would have to spend upward to $1,000 to buy a new washer that doesn’t match with my dryer, I thought it would be worth $250 to do the repair.

A few days later he came with the timer and he replaced it. But it didn’t work. The drum still didn’t move. He put the old timer back and he said it must be the motor control board. At this point my confidence in this technician had diminished. It sounded like he was doing trial and error. But I still went along and I asked him to give me an estimate for replacing the control board.

He called me the next day saying he had found the part but it would be $100 more, for a total of $350. Not confident that it would really fix it this time, I decided to stop engaging with this technician and just pay him for the service call. That was $60.

I still had a broken washer. Having watched him open up the washer, I decided to take it to my own hands. I practiced skills I learned from the days I assembled my desktop PC, which primarily involved using of a Phillips screwdriver. I opened the washer up, found the motor control board, and I pulled it out. I saw there was a fuse on the board. I tested it. It was blown. 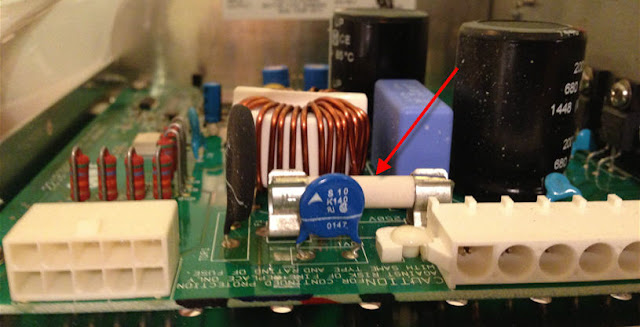 I bought 5 pieces of the fuse of the same rating (250V 12A slow-blow ceramic) for $4 on eBay. I put a good one in but the washer still didn’t work. I also found out that the good fuse I put in was immediately blown. Something must have shorted on the board causing the fuse to blow.

Time to replace the board. I found the right board online from AppliancePartsPros.com. With tax and shipping it comes out to $160. I put it in and the washer is working again!

The moral of this long story? Paying the repairman $60 for the diagnosis pointed me to the right direction although his first diagnosis was incorrect. Paying him another $290 would’ve fixed it too but it would be much more expensive than buying the part and replacing it myself. I wonder why he didn’t give me that option. All it took was really just taking off some screws and putting them back in. The electrical plugs are designed such that it’s impossible to plug in the wrong way.

If I were a fiduciary washer repair advisor I would diagnose the problem and then say here’s where you buy the part and just go do it because it’s really simple. Making another trip out would be inefficient for both him and me, but he’d rather charge me another $130 beyond the cost of the part for working with screws. He probably gets the part for less than I do too.

Paying for financial advice would be the same thing. If you want advice, pay for advice. That’s the most valuable part. You don’t need someone to “manage” the account and do the trades or fill out forms for you. You can enter the trades or fill out forms yourself as easily as you can use a screwdriver. Most advisors, however, would rather just do it for you, because that’s where the money is, just like my washer repair person. Think about whether you are paying for advice or paying for someone using a screwdriver.

For others having the same problem with Sears Kenmore front-load washer model number 417.42042100, made by Frigidaire, unplug the washer and take off about 15 screws on the back panel. The motor control board is located on the bottom left. Unplug the two plastic electrical connectors. Take off two screws and pull the board out. First try replacing the fuse. If that doesn’t work, the replacement board is part number 134149220. AppliancePartsPros.com sells it. I had great service from them.