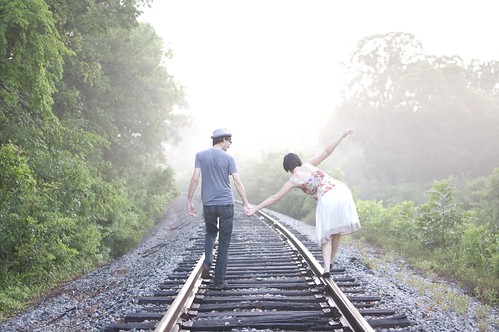 Rebalancing is considered a key element of buy-and-hold, to the point that buy-and-hold has become a shorthand for buy, hold, and rebalance. Investment advisor Rick Ferri made this clear in his interview with Morningstar: Buy, Hold, and Rebalance Works.

Journalist Linda Stern wrote for Reuters How to force yourself to buy low and sell high:

Investors who wish they were better at buying low and selling high actually have a tool that can force them to do just that. It’s called “rebalancing” … …

Rebalancing is the only way I know of to give yourself the highest likelihood of buying low and selling high in a disciplined, unemotional way.

Just searching for “rebalance buy low sell high” returns many headlines like the ones I cited above.

Suppose you start with a portfolio well balanced between stocks and fixed income. When do you rebalance? When one does better than the other. That will put your portfolio off balance. So you rebalance by selling one and buying the other. When the tide turns, you do the opposite.

Directing new cash to the laggard can be thought of as putting new cash into the preset mix and then immediately selling assets that performed better. Other than trading cost and tax considerations, it’s the same as standard rebalancing.

Consider this hypothetical example for someone who rebalances annually at the end of the year:

You sold stocks most of the time. By year 5, you bought stocks, but only at higher prices, because although stocks did worse than fixed income that year (+10% vs +15%), they were still up. You sold at lower prices in previous years, only to buy back at higher prices when you rebalanced at the end of year 5. That’s sell high, buy higher.

Stocks were down 10% in year 9. When you rebalanced you bought at lower prices than in year 8 but the prices were still much higher than the prices you sold at in years 1 through 7. Again sell high, buy higher.

If you are still saving for retirement by making new contributions every year, most of the time you will sell stocks when you rebalance, only to buy back later at higher prices. Sell high, buy higher.