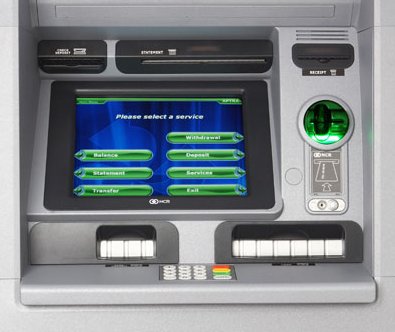 I was too trusting of the nifty ATMs that take checks without an envelope. I used the ATM outside our cafeteria at work to make deposits many times. I never had any problem, until last time.

I usually deposit printed business checks. This time it was a handwritten personal check. The machine took it, tried to scan it but it had problems. It was supposed to spit it back if it doesn’t like the check. After making some noise, it gave up. It printed a slip saying:

We encountered a problem returning your check. Please contact your financial institution.

No. The rep said I should really contact my credit union even though my credit union has nothing to do with the machine that malfunctioned. I didn’t get to the step where I would enter the deposit amount or select depositing to checking or savings. She said there are established procedures for these things. If a customer of her institution had a similar problem she would know exactly what to do.

I called my credit union next. Sure enough the rep said I called the right place. The procedure is called an ATM dispute. He asked me what happened and the amount of the check. He then entered the dispute for me. I was able to see the dispute in online banking.

On the second business day after I reported the incidence, I received a provisional credit in my account for the amount of the check. The provisional credit means the credit union took my words for it for the moment but if they can’t corroborate my report they will deny my claim and take the money back out.

Because the check deposit was only for $30, I wasn’t too worried. I thought I would let the system and established procedures work its way. Three weeks later, I called customer service when I saw the status of the claim is still "in process." I was told they still don’t have the final result yet. The next follow-up would be in another three weeks. That would be six weeks after the incidence.

Too be honest as much as I like Alliant Credit Union, I’m disappointed in its handling of this. It can’t be that hard for the institution that owns of the ATM to see that the machine was out of balance with an extra check unaccounted for. If the industry established procedure is for me to contact my own institution, then Alliant should chase it down for me. The thought of possibly losing a larger deposit due to a malfunctioned ATM just knocked down my confidence in both the machine and the process.