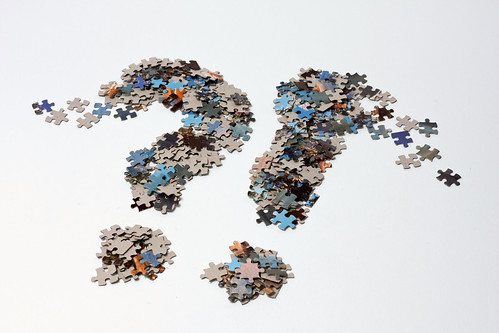 [Note from Editor: This is a guest post from reader Bob’s not my name.]

Did you know that the highest marginal tax rates are paid by families with students in college? The modern tax code has made it very difficult for Americans to know their marginal tax rate. Marginal rate is a critical criterion for making investment and personal finance decisions: Should I contribute to a Roth IRA or a Traditional IRA? Should I sell this mutual fund now or wait until January? Is a Flexible Spending Account worth the hassle? Is my employer’s post-tax disability insurance premium a good deal or a bad deal?

That’s only part of the story, however. Increasingly, the tax code looks to your Adjusted Gross Income (AGI) rather than your taxable income. Your AGI is at the bottom of page 1 of your Form 1040. Tax credits, eligibility for certain IRA contributions, the Affordable Care Act tax on investment income, the American Taxpayer Relief Act phaseouts of personal exemptions and itemized deductions, some college expense deductions, and many other tax benefits and penalties are based on AGI or Modified AGI (basically AGI adjusted in some way specific to the credit or eligibility). Some of these phaseouts create very high marginal tax rates — even approaching 100% — so it’s important to know which ones affect you.

Many of these phaseouts target families making $125,000-$200,000, so they often overlap, yielding very high marginal rates — higher than anybody pays outside this band.

* Aggregating tax rate across major blobs of income is also useful for major life decisions. For example, a family with three kids pays about 5% federal income tax on its first $125,000 of income, but 30% on its next $75,000 of income. When you’re used to paying almost no income tax, giving up a third of your income may come as a surprise. Understanding this will help with major decisions such as: Should we move to a high cost of living area to accept this higher paying job? Now that the kids are all in school should I return to work for the second income? Thanks to the bull market, we finally have enough money to buy a house – is there any problem with selling all our stocks immediately?

Read the following sections to see which AGI-based taxes affect your marginal rate. These sections are by no means complete (I left out some of the low income credits, and also the ACA insurance subsidy, since Harry just covered that in a column), but I hope this covers the AGI-based taxes that affect most readers. MFJ refers to Married Filing Jointly, S to Single or Head of Household, except where HoH is different and is listed separately. All numbers are for 2014. The student loan deduction will also reduce state tax, so I assumed a 5% effective state tax to show the aggregate effect of the phaseout on your total marginal rate. Finally, note that the incremental rates listed pile on top of your 15% long term capital gains rate, too.