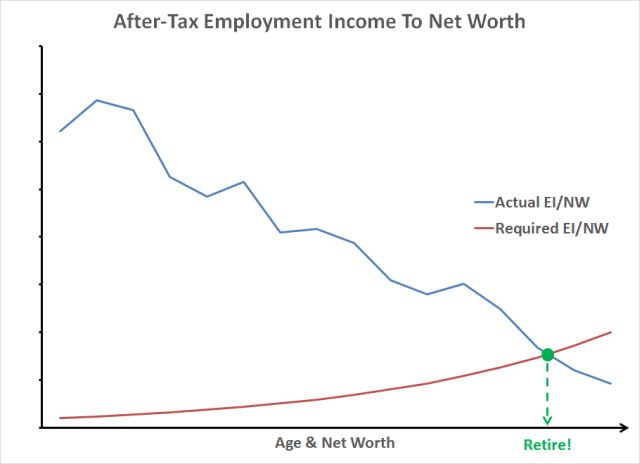 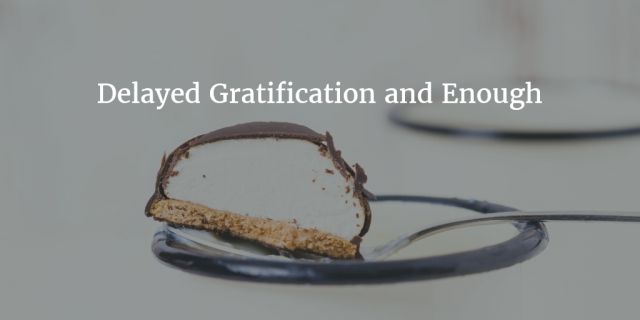 Most of you must have heard of the Marshmallow Experiment. Kids were put into a room and given one marshmallow by an adult. They were told they could eat it now or if they waited until the adult came back to the room they would get a second one. Follow-up studies revealed those kids who waited for the second marshmallow tended to have better life outcomes later as adults.

The lesson in the Marshmallow Experiment is delayed gratification. The point of waiting is to get a larger reward later. It’s the basis for saving and investing as opposed to spending the money on immediate consumption. Those who have the will and/or the means to wait end up better off. From the article Why Poor People Make Expensive Financial Decisions we learn if you must have cash from a $5,000 check today you’d have to pay a $100 fee whereas if you can tide over for only two or three days you would avoid the $100 fee. Those who prefer the here and now and those who are forced to prioritize the present pay a heavy penalty.

It can be said the kids who ate the marshmallow without waiting for the second one actually practiced the concept of enough. One marshmallow was enough. They didn’t need a second.

Or it can be said those who declared enough early fell prey to instant gratification. They wanted it now at the cost of a larger reward later.

How do you reconcile between delayed gratification and enough? Wait for a larger reward but not forever. Smell the roses but not too soon.

Employment Income To Net Worth Ratio

The required EI/NW in general goes up with your age and your net worth. All else being equal, the older you are, and the wealthier you are, working must offer a compelling addition to your net worth in order to keep you there; otherwise you’d just do something else. With a $1 million net worth, 1% no longer cuts it. Maybe you ‘require’ 10% now. At $2 million net worth, maybe even 10% doesn’t cut it, because now you have the choice to say no.

The required EI/NW goes up with your age and your net worth but it’s never infinity. When people say they have enough therefore they retire, it only means the offer in front of them isn’t sufficiently high. When you pay the asking fee you can get a former politician or CEO to show up at a corporate event. Even Warren Buffett auctions off a lunch for charity to the highest bidder. Given the right opportunity, a retired person can be convinced to unretire.

The required EI/NW is also not static. If you identify with the work, you like the schedule and the people you are working with, you can set it low. If you hate it, you will set it high.

When you have your required EI/NW going up with your age and your net worth and your actual EI/NW going down, they cross at some point. That’s when you retire!

This chart explains a lot of things we saw in the previous posts Early Retirement and Opportunity Cost and Staying In Your Job After Financial Independence. If you are still young, if you don’t have a large net worth yet, or if you like what you are doing, you set a low required EI/NW. If you are already feeling the biological clock, if you already have a large net worth, or if you don’t find work meaningful, you set a high required EI/NW. If you make a lot relative to your net worth, your actual EI/NW line will cross your required EI/NW line later. If you don’t make much relative to your net worth anyway, it’s going to cross sooner.

The specific number for the required EI/NW will vary by person, by age, by net worth, and by whether the person likes the work. Those who say enough simply have a high required employment income to net worth ratio at their age and net worth. When their actual employment income to net worth ratio falls below the required ratio, they say they have enough. Whey they don’t make much anyway relative to their net worth, it’s completely understandable why they would quit. Many people who worked on Google’s self-driving cars quit even though they were paid very high in absolute dollars, because the pay is relatively small to what they already have.

Those who stay on have an actual employment income to net worth ratio higher than their required ratio. When they can double their net worth in three years for the next forty years and they enjoy the growth in their skills or the intellectual challenge, I don’t blame them for staying on.

If you are still working, what are your required and actual employment income to net worth ratios?