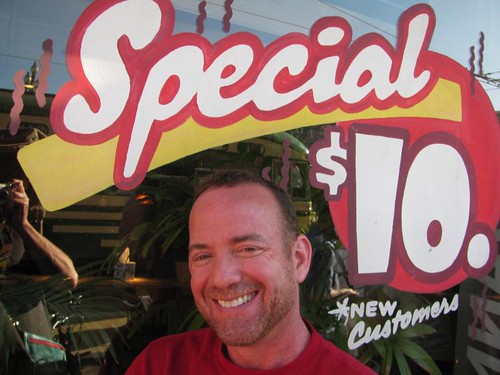 My home Internet service deal expired. The rate jumped to $46 a month just for Internet. Like in most places in the country, two companies control the market: the monopoly phone company and the monopoly cable company. I’m not fond of either.

Everybody knows you are supposed to call them, pretend to cancel, and get the "retention department" to offer you a lower rate. I don’t beg. I just switched to the other company. Had I called, I would’ve probably got another "special offer" from the incumbent company as the other company was offering to new customers. I still switched because I wanted to harden my tolerance for switching.

Switching turned out not to be a big deal at all. I have my own Wi-Fi router. It was a matter of unplugging from one piece of equipment and plugging it into another. Everything behind the router don’t change.

Switching makes competition work. Companies try to put as many hooks into you so that you hesitate to switch even when their products and prices aren’t as good as the competition. Don’t fall for it.

This raises the question, is it worth chasing that extra percentage point? It doesn’t seem worth the time to constantly be looking for your next 2% card when you can get a 1% card with 1% of the effort and 0% of the annual fees.

My answer: yes, it’s worth it. Switching may not yield a financial benefit in every specific instance, as in my case of switching Internet service for my home — I likely could get the same deal by calling the retention department — but if you make a rule in favor of switching, you will benefit over time.

The more you switch, the better you are at it. Then you won’t be afraid to switch. Too many people stay with say full-service brokers even though they know they are paying a very high price. They don’t switch because they are afraid they would screw something up if they do. If they practiced switching all along they won’t be so afraid.

Make switching the rule, not the exception. If you see something better, switch. It’s easier than you think and it gets easier with practice. Competition won’t work as well if people don’t switch.