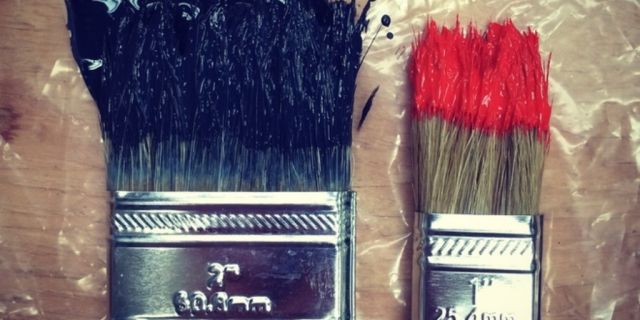 I sometimes hear that one way to achieve early retirement is by lowering your required budget in retirement. If you can live on $25k a year after you retire, you only need to accumulate half as much as you do when you must have $50k a year. When you don’t require a nest egg as large, you can retire sooner.

I also hear you can squeeze your retirement budget down by counting on doing many things yourself instead of paying someone else.  After you retire, now that you have more time, you can do your own home maintenance and remodeling, lawn care, and car maintenance and repairs. If you have school-age kids when you retire early, you can home school instead of spending money on after-school programs. You can drive instead of flying to places you want to visit.

However, this contradicts with the economic principle of comparative advantage.

Comparative advantage is “widely regarded as one of the most powerful yet counter-intuitive insights in economics” (Wikipedia). It’s the principle behind specialization and trade.

A comparative advantage happens when person A has an absolute advantage in both jobs X and Y over person B. You would think then person A should do both jobs and person B should do nothing. However, if person A’s advantage in job X is greater than his or her advantage in job Y, person A should still only do job X and let person B do job Y. Even though person B does it less well than person A on a absolute basis, Person A’s time is better spent on a job where he or she has the greatest advantage comparatively. This is the basis for why our economy is built on people having different occupations and not each person doing everything on their own.

When your job isn’t scalable by the hour — after a full week of work, putting in another 3 hours doesn’t earn you any extra — doing some of the household work such as painting the walls of your home yourself can make sense, because you can’t earn a higher pay rate on those 3 hours anyway. Substituting your own labor for hired labor saves money. The money saved contributes to your retirement pot, which helps you retire sooner.

It’s different when you retire early. If your retirement budget still requires a lot of your own labor in maintaining and remodeling your home, taking care of your yard, teaching your kids, fixing your car, and so on, you are basically giving up your job early in order to take up the job of a handyman/handywoman, a gardener, an after-school teacher, a car mechanic, etc. Unless you actually enjoy doing those work (teaching your kids can count as enjoyable), chances are you have an absolute disadvantage over the professionals in those jobs, and definitely a comparative disadvantage.

The principle of comparative advantage says even if you do absolutely a better job in painting the walls of your home than a painter, you should still do your regular job and let the painters paint, because you do your own profession even better than you paint. Retiring a little later will take care of all the DIY jobs you’d have to do after you retire. Unless you care more about scoring or feeding a fantasy, it makes little sense to retire early on a budget that requires you to put in a lot of labor on jobs you aren’t very good at, either absolutely or comparatively.

Along the same line, some say if the 4% withdrawal rate comes up short after you retire early, you can supplement your retirement income by taking up part-time jobs, even retail jobs or flipping burgers. Again, that would be giving up a job you do well early and taking up a job in which you have no advantage later.

From the previous article Early Retirement and Opportunity Cost, we come to the conclusion that early retirement is a luxury but it’s worth it. After paying a high price in buying your time, it doesn’t quite make sense to me to turn around and spend the precious time on activities you don’t enjoy only to save money.