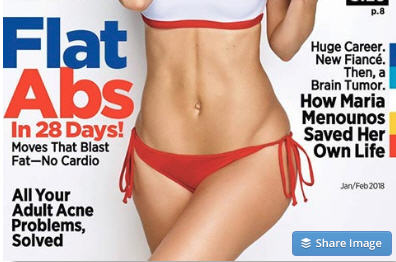 I don’t really like the FIRE acronym, especially when it’s linked to a young age. I see it as more of a sensationalized clickbait, akin to the headlines on magazine covers like “Flat Abs in 28 Days!” The techniques may still be helpful. Just the results can be overblown. Magazines know these headlines attract our attention. That’s why they use them. We just can’t take them too literally.

Instead of FIRE, I prefer Financially Comfortable and Pivot. Being financially comfortable means having assets that may not support your lifestyle for a lifetime without working but your assets are large enough to give you some options. Pivot means going off your current track onto something else. There are many ways to pivot, such as:

You don’t have to wait until you are truly financial independent before you pivot because a pivot greatly reduces your risk than retiring early. If your pivot comes with healthcare, you just removed a huge unknown from retiring early. If the income from your pivot still covers your expenses, you will withdraw 0% from your portfolio. If it even covers half of your expenses, you will withdraw 2% instead of 4%.

Jonathan said now that he’s working on his own projects, he’s working harder than ever while making only 1/3 of what he used to make. He’s happy because he gets to choose his work: how much work, what he works on, when, and where. With the freedom to explore in this second childhood, you are allowed to make mistakes. He thought he would enjoy teaching, but after trying it for one semester he realized he didn’t. So he just dropped it, and that’s totally OK.

My wife wasn’t with me at the meeting that evening. She was enjoying her second childhood with a group doing backcountry skiing in Canada. The pictures she sent were just amazing.

You become financially comfortable by saving and investing. My wife and I maxed out our 401k’s every year  since our very first job. Shortly after we also maxed out our IRAs and invested in taxable accounts. We made some mistakes along the way. Fortunately they were made early enough when we didn’t have as much money. After those mistakes we followed Bogleheads principles, which worked very well for us.

We took our first pivot three years ago when my wife quit her job (see From Aggressive Saving To Living Paycheck To Paycheck). We cut our income by 50% but the remaining income still covered our expenses. We still have health insurance. We don’t worry about withdrawal rates at all because we are not taking any withdrawals. Our spending actually increased as our income decreased. We landscaped our yard. We remodeled our kitchen. We bought a new car. The spending made our life more enjoyable.

When we take our second pivot, we will cut our income again, to a point where it won’t cover 100% of our expenses. We will have to take withdrawals and also buy health insurance on our own. We will see challenges from three major areas:

2. Sequence of returns risk. Low expected returns would be bad enough. If even poorer returns happen in the early years it will make the situation worse. Here the pivot becomes helpful again. It allows us to keep it gentle in tapping our portfolio in the early years.

3. Healthcare. We don’t know how stable the Affordable Care Act will be. High healthcare cost inflation will keep putting pressure on the system. Nobody has a magic wand. We will just to have to be prepared to deal with it. Because we treat it as a pivot, if we have to go back to work we will.