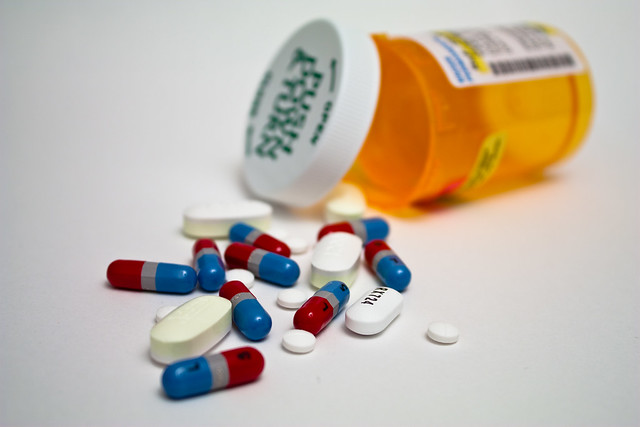 Price gouging in prescription drugs was in the news lately. I got caught by it to a small extent.

I saw a dermatologist for a skin condition. The doctor said I had eczema, which is really a catch-all for skin problems of unknown causes. The doctor gave me a prescription. When I got to the pharmacy, the sales associate there asked me if I knew the prescription was really expensive. When I asked how expensive, she said the tube of cream was $230.

That was because I have a high deductible health plan. Instead of just paying a co-pay, I have to meet the annual deductible before the plan pays anything except for preventative care. That means both the office visit and the prescription were 100% on me.

Unprompted, the pharmacy sales associate said they could hold it for 14 days for me to decide whether I want it. Apparently this happens often enough that they developed a procedure for it. Because I wanted to start my treatment right away, I just bit the bullet and paid $230.

The treatment is quite effective. If that’s the end of the story, I’m OK with paying $230 and putting my skin problem behind me. However, because the cause for eczema is unknown, there is also no cure. If the symptom returns, I’m very much against spending $230 on another generic tube of cream.

I learned that there is a website (and mobile app) called GoodRx. It’s not an online pharmacy. It gives you discount codes that you can take to a pharmacy near you for lower prices without going through insurance. Here’s the price GoodRx shows for my tube of cream:

I don’t know how GoodRx is able to get it down to $22 when my insurance company is only able to negotiate to $230. Maybe the contract GoodRx found was signed before the manufacturer raised the price?

I haven’t tried it yet. So I don’t know whether this price from GoodRx will actually be honored. I will definitely try it if I need to refill my prescription.

If GoodRx doesn’t work, I will ask my doctor whether another drug will work just as effectively. There are usually alternatives. The doctor doesn’t necessarily know that one drug costs twice or even ten times as much as another.

My prescription benefit is provided by CVS Caremark. They have a website and a mobile app that can show you the cost of any drug covered by the plan. If the doctor gives me some alternatives I can look them up.

Lower Cost for All

The high deductible plan is working as intended. If I pay the same $15 co-pay on all generic drugs, I don’t have any incentive to seek out alternatives such as GoodRx or a different drug. By motivating the consumers, the high deductible plan lowers the cost for everyone. Yes I have to think more about my treatment options, but it’s good for the system overall.