Some of you weren’t so impressed when I drew diagrams to show that an IRA conversion doesn’t really convert the IRA itself. It only moves the money from a traditional IRA to a Roth IRA, leaving the source IRA container intact afterwards.

While you may know this all along, it’s not necessarily so obvious to others. Especially in today’s world when so much is read on the go on a small screen, a graphic illustration can work much better than just words. 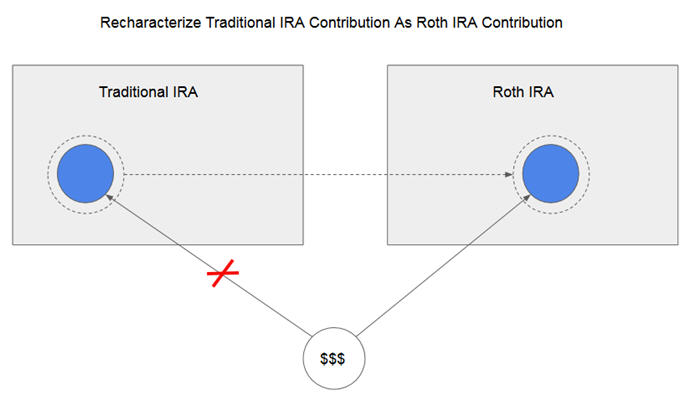 Because recharacterizing a traditional contribution to a Roth contribution makes it as if you contributed to Roth to begin with, you must be within the income limit for contributing to a Roth IRA. 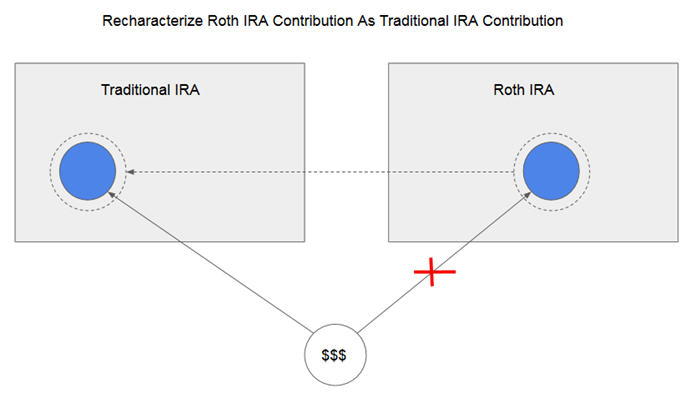 When you recharacterize a Roth IRA contribution, the IRA custodian moves your contribution plus earnings from your Roth IRA to your traditional IRA.

Recharacterizing a Roth contribution to a traditional contribution is especially useful for lowering your AGI when you qualify for a deduction. It’s also useful when you find out after the fact you exceeded the income limit for contributing to a Roth IRA.

When you recharacterize a conversion, the IRA custodian moves the converted amount plus earnings from your Roth IRA back to your traditional IRA.

Recharacterizing a conversion is useful when you realize you don’t want to pay that much tax yet on converting your IRA.