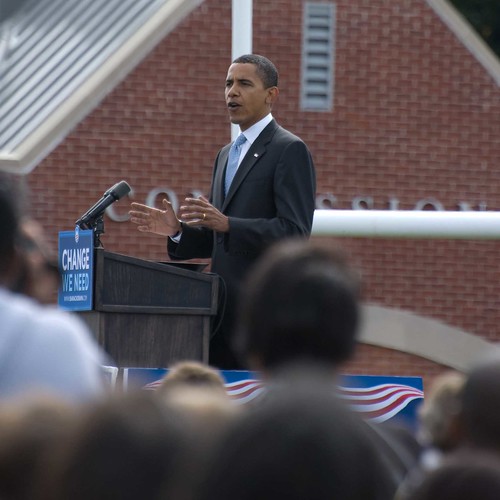 The news media, Internet discussion boards and Twitter are full of protests about two things in President Obama’s budget proposal, leaked to the press before its official release: chained CPI for Social Security and cap on retirement accounts.

First of all, these are only proposals. The President does not make law. The proposals get fed into the sausage making political machine. By the time things come out, you probably won’t be able to recognize what went in.

Now, suppose these become law, I don’t see them as being a big deal. I like both proposals. I know some of you will vehemently disagree. First hear me out.

Chained CPI allegedly will slow down annual cost of living adjustments (COLA) ever so slightly. So what? When Social Security started in 1935, it didn’t have COLA. COLA was added only in 1975. We are not talking about eliminating COLA, just slowing it down a little bit. Because it will be gradual, people will have time to make adjustments: tap into other resources more, reduce lifestyle expenses, etc.

Private pensions typically don’t have COLA. I’m sure people would love to have a pension even without COLA. Therefore, a COLA is not a necessary component of a retirement income scheme. People on a private pension without COLA simply adjust.

If people can adjust when a pension doesn’t have a COLA, having Social Security with a slower COLA will not be the end of the world either. Wanting a higher COLA is basically wanting the younger generation to pay more to the older generation. We can debate how much of a inter-generational transfer is fair or just, but realize there’s no inherent mandate that Social Security must have a COLA fully indexed to the CPI. It went on just fine for 40 years without it.

I don’t see a problem with chained CPI. As someone in his 40s, I say be gentle, save some Social Security for me.

Details are fuzzy to me but the gist I got is that a person’s balance in all retirement accounts will be capped at a certain number, $3 million in today’s dollars, indexed to inflation.

What if your balance goes above it? You can be required to withdraw the excess, like the Required Minimum Distribution today for those over 70-1/2. People say $3 million is too low. Well, nobody is stopping you to save more. You just have to hold the excess outside retirement accounts.

I don’t have $3 million in retirement accounts. If and when I do, is it the end of the world that I would have to hold money in regular taxable accounts? Of course not.

Tax benefits on retirement accounts are specific benefits granted by the government. They can choose who would receive them. There’s no reason the benefits must go to everyone, unlimited. In fact there are already limits today on contributions. Now we are only adding limits on the earnings.

If you have $3 million in retirement accounts, you received plenty of benefits already. Wanting it uncapped or capped at a higher number, say $20 million, is basically wanting more benefits from the government, at the cost of other taxpayers. Again, we can debate how much other taxpayers should pay you because you are a disciplined saver or good investor, but there is no inherent mandate that retirement accounts must not be capped or only capped at a higher amount.

As someone who maxed out all retirement contributions every year since working full time, I say if I ever accumulate $3 million in today’s dollars in retirement accounts, I will be satisfied and grateful for all the tax benefits I received. I will be perfectly OK with using non-retirement accounts from that point forward.

I praise President Obama for his courage to challenge the status quo. We have too many sacred cows. They must be put on the table: tax deferral in annuities and cash-value life insurance, step-up in basis at death, "stretch" IRA, lower tax on dividends and capital gains, 529 plans, … Take hard look at what purpose they serve.

If debating each item individually becomes too bogged down, as evidenced by the protests on these two relatively small items, let’s wipe the slate clean and just do it AMT style: you get one large bucket worth $X; pick whatever you want to deduct under $X. Everybody will be happy. Savers get to protect their retirement savings. Homeowners protect their mortgage interest. Parents with college-age kids will deduct higher education expenses. All we have left to debate would be how much $X is. So simple.