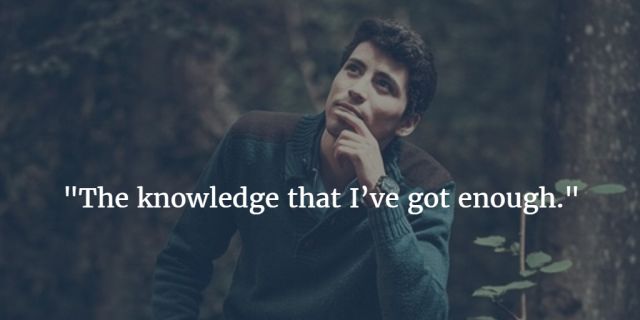 I declined a job offer that required a one-hour commute even though the job itself was very promising. If I were renting I would just move closer to the job and move back if the job doesn’t pan out. Because I own my home I’m not going to sell my home or endure the long commute for a job one-hour away. If someone says this is an opportunity cost of owning my home, I would agree. Absolutely. I don’t have to list all the benefits to justify owning my home.

Or you can say I declined the job offer because it was not promising enough to overcome the hassle and cost of selling and buying or the one-hour commute. If they offered a $1 million signing bonus I may very well have taken it. The decision depends on how large the opportunity cost is.

Here’s an alternative version of my conversion with my co-worker:

My frugal co-worker and I talked about his recent promotion and new stock grants. I said to him the opportunity cost of making this high income is that he wouldn’t have as much free time than if he just retires early now.

Although his after-tax income will enhance his life experiences in the future, during the years he’s working, he won’t be able get up late, take his long bicycle rides, learn a foreign language, go to the gym in the middle of the day when it’s not crowded, travel to Guatemala for weeks on end, or however he feels like spending his time.

Does either this alternative version or the original version say anything about whether my co-worker should retire now or continue working? I’m afraid not. It’s just two sides of the same coin. Between two appealing but mutually exclusive options, one is the opportunity cost of the other.

The Concept of Enough

Some readers brought up the concept of “enough” as in “If you have enough, you stop working for money.” It sounds good except “enough” is in such a large gray zone it’s not that useful.

Pick any number between $500k and $10 million. Can you make it work? Absolutely. Just make your budget according to the withdrawals that number can support. Tons of real people actually live on that much or less. You can do it too. Is that the living standard you want? That’s the big question.

Suppose at this time you don’t have “enough” but you can only find minimum wage jobs due to outsourcing. Do you continue with minimum wage jobs until you have “enough” or do you settle with a lower living standard? I would settle with a lower living standard. Suppose at this time you have “enough” but now if you work the next year you will double what you came up with in the last 25 years. Do you say no or do you seize it to expand your possibilities from the following year onward? I would work that one year and ignore the Internet Enough Police.