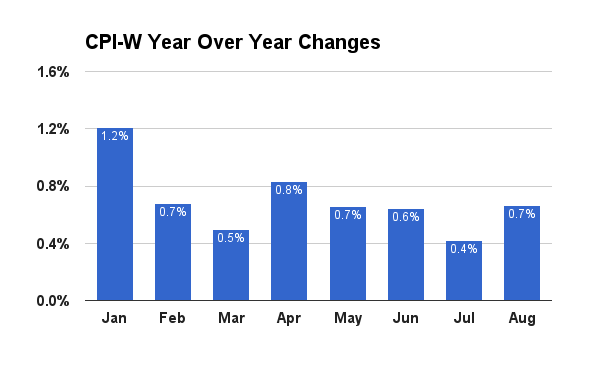 The official announcement for 2019 Social Security cost of living adjustment (COLA) came out. The COLA in 2019 will be larger than in 2018, but it’s actually bad news.

Social Security COLA goes by the increase in the Consumer Price Index for Urban Wage Earners and Clerical Workers (CPI-W). Based on changes in CPI-W, the COLA will be 2.8% in 2019 versus 2.0% in 2018. For those who are still working, the maximum earnings subject to Social Security tax will increase by 3.5% to $132,900 in 2019.

While we are at it, I’d like to re-address a few common myths about the Social Security COLA.

Myth No. 1: The President or Congress sets the Social Security COLA

Some mistakenly think that the Social Security COLA is given arbitrarily by the President or Congress, and they want their elected officials to take care of the seniors by declaring a higher COLA. That’s not the case.

Myth No. 2: Retirees should want a higher Social Security COLA

Intuitively people want a higher COLA. However, a higher COLA caused by a higher inflation does no good. When there is a higher inflation, even though your Social Security benefits get a bump, your other money will lose more value. Contrary to intuition and many people’s belief, you want a lower COLA. A lower COLA means lower inflation, which means lower expenses for retirees, which makes your savings outside Social Security last longer.

Some say the government deliberately under-reports inflation. Even if that’s the case, you still want a lower COLA.

Pray for lower inflation if you are retired.

Myth No. 3: A larger increase in Medicare Part B premium means there is no COLA