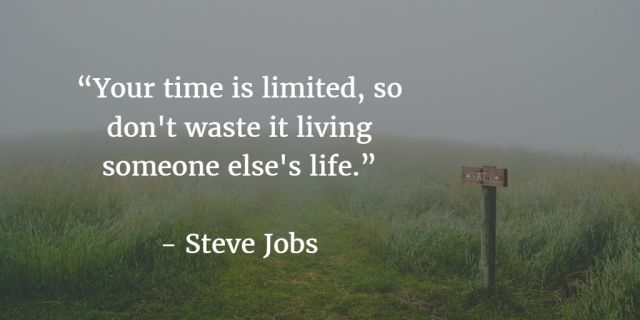 Back in May, The Atlantic magazine published a long cover story The Secret Shame of Middle-Class Americans. Relating to a Federal Reserve survey in which 47% of the respondents purportedly said if they had a $400 emergency they would have to cover it by borrowing or selling something*, the author Neal Gabler confessed that he too was one of the 47%.

That 47% number is shockingly high for a mere $400 emergency. The more shocking part is that the author isn’t a random person making a below-median income. There’s an entry on him in Wikipedia. According to that Wikipedia entry, Neal Gabler wrote five books, won numerous awards, and he’s currently teaching in a Master’s of Fine Art program at the State University of New York. The implication is that a large part of our population are in a poor shape financially, including someone as accomplished as Neal Gabler. He termed it “financial impotence.”

Financially responsible people pointed out the author only did it to himself by buying an expensive home in an exclusive neighborhood and sending his two daughters to private schools, and private universities (Stanford, Emory, Harvard Medical School). Liberal Helaine Olen accused him as one of the “sad, broke, literary men” conflating privilege with true middle class challenges. Conservative Megan McArdle accused him of keeping up with the Jones on a larger scale.

I like how Neal Gabler defended his life choices, unshaken by others’ disapproval. One person’s passion and preferences can be seen as a waste by another. Neal Gabler wrote in the article:

“I chose to become a writer, which is a financially perilous profession, rather than do something more lucrative. I chose to live in New York rather than in a place with a lower cost of living. I chose to have two children. I chose to write long books that required years of work, even though my advances would be stretched to the breaking point and, it turned out, beyond. We all make those sorts of choices, and they obviously affect, even determine, our bottom line. But, without getting too metaphysical about it, these are the choices that define who we are. We don’t make them with our financial well-being in mind, though maybe we should. We make them with our lives in mind. The alternative is to be another person.”

Those are all conscious choices. Paying for his daughters’ private school and private university education was apparently very important to him. He spent his money on his own priorities. Who says it must be better if he went to law school, made $330k a year, and retired at 33 to travel the world on a $24,000/year budget (“Want To Retire In Your 30s And Travel The World? This Woman Did It” Forbes) than becoming a writer, having five books under his name, having been recognized by multiple awards and a Wikipedia entry, raising two daughters with top-tier education, teaching MFA students, but having to borrow $400 sometimes?

By some standards Neal Gabler and his wife actually retired very early. His wife quit her job to be with their children and never worked again. He retired from his TV job and pursued his passion in writing books. He chose his own book subjects and he set his own schedule. Teaching part-time in the MFA program is only giving back to his community. Only Internet Retirement Police would say he hasn’t been retired all along.

You can choose to waste your money now or waste your money later, on educating your children or on traveling the world. One choice isn’t necessarily superior to the other. It just has to be your choice. When others make a different choice, it isn’t wrong when it’s their choice.

I think savers and spenders should learn to appreciate the other way of life a little more. If you read this blog you are likely a saver. Spend a little more than you usually do on some nice experience and see what it’s like when you don’t always go for the most value-conscious option. Don’t be so afraid of the so-called hedonic treadmill or lifestyle creep. You are already a saver. You won’t be so easily corrupted.

Personally I find it quite liberating when cost is removed as a factor from consideration. I get to focus on what I like the most. If it happens to be more expensive, so be it.

As a side note, as usual, what gets reported in the media isn’t exactly what people actually said in the survey, which also isn’t necessarily the true reality when push comes to shove. In the Report on the Economic Well-Being of U.S. Households in 2015 from the Federal Reserve, the actual survey question was:

“Suppose that you have an emergency expense that costs $400. Based on your current financial situation, how would you pay for this expense?”

It only asked what people would do, not what people could do. Many people have money in the bank but still choose to cover an unexpected expense by borrowing or selling something. They can cover it with savings but they want to reserve that money for a larger, true emergency such as a job loss. They don’t want to touch it for a $400 expense, which makes sense to me. In the same survey, 47% of respondents said they had an emergency fund large enough to cover three months of expenses.