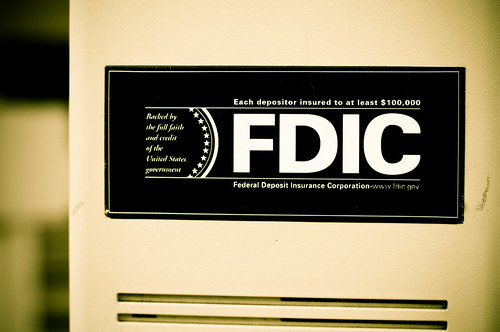 “It sounds good but my bond fund returned 6%+ a year in the last few years. If I had bought CDs instead, I would’ve missed all the good returns. I don’t think CDs were yielding 6% when I bought my bond fund.”

Before I break out the standard statement about past performance, I’d like to do a case study. What if you bought a CD instead of a bond fund say in 2009?

Investors who bought the bond fund and the CD had these returns in the next four years:

Matt is correct: in those four years he received a better return in his bond fund than he would have in CDs. Because interest rates dropped, the bond fund had a boost from capital gains.

But wait, it ain’t over yet. The bond fund is yielding less now. The CD is still paying 4.5%. The higher return in the bond fund in the early years came at the cost of lower returns in the future. This is very similar to funding one’s expenses by debt. Today’s joy comes at the cost of tomorrow’s pain. Over the full course of 7 years until the CD matures, here’s what the returns looked like (updated in 2016 with 2013-2015 returns):

A 7-year CD bought in 2009 did better over its full 7-year life after all, even though the interest rate dropping nearly 3% in the first four years was very favorable to the bond fund. The returns from the CD are more even. You don’t feast today and starve tomorrow. You don’t worry about any purported bond bubble. You just collect interest and reinvest at the original yield, even and steady.

That was then. What about now? The Vanguard Total Bond Market Index Fund Admiral Shares has an SEC yield of 2.1%. A 5-year CD from Synchrony Bank pays 2.25% APY. Forget about the option to take an early withdrawal if interest rates go up. If you just stick to it for 5 years, I would say you will end up with more money if you invest in the 5-year CD instead of the bond fund.