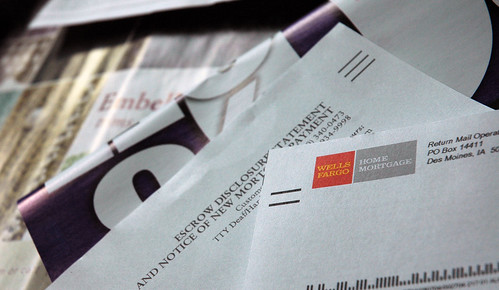 I had a good chuckle while reading this epic discussion thread on the Bogleheads Investment Forum: Does a home mortgage use Simple or Compound Interest?

It sounds a like factual question, as in "Is Miami located to the north or south of Boston?" The answer shouldn’t be ambiguous or subject to opinion or interpretation. You look at a map and say "south" and everybody would agree. Yet as I’m writing this, there are more than 100 replies, and still growing, by the smartest people offering opposite answers, assisted by graphs, math equations, and numeric examples. Some say it’s simple interest; some say it’s compound interest.

If the rate is still 1% a year but the term of the loan is 6 years instead of 3 years, the total interest over the life of the loan also doubles.

Same goes with a 3% loan or a 9-year loan. You just multiply the principal by the rate and the years to get the total interest.

A higher rate or a longer term in a compound interest loan costs more than just a straight multiple.

Paying down principal by an amortization schedule makes it more tricky. Even though interest still doesn’t carry over from month to month — and if you skip a payment, you are not charged more interest the next month — the loan no longer behaves like a simple interest loan.

Making a principal payment early has a compounding effect. If you pay $1,000 extra in month 13, you not only stop paying interest on that $1,000 but you also cause more of your subsequent regular payments to go toward principal, further reducing the interest you pay.

These characteristics make a typical home mortgage with amortized payments behave more like a compound interest loan, but it doesn’t make it one. The compounding effect comes from varying principal payments, not from compounding interest.

Between two mortgages, if you keep principal payments the same, they behave like simple interest loans.

If you have a 8% loan and a 4% loan, and you just go by the amortization schedules, you are paying less toward principal each month on the 8% loan, at least in the first half of the loan term, even though your monthly mortgage payment is higher. Those lower principal payments compound, resulting in your paying more than twice as much in total interest on the 8% loan versus the 4% loan.

If you actually keep principal payments the same by making extra principal payments on the 8% loan, your 8% loan will be exactly twice as costly as the 4% loan but not more than twice. That’s the classic trait of a simple interest loan.

This is the same situation as in asking whether the 401k loan interest is double taxed. There are two taxes, unrelated, and you still pay the same two taxes whether you borrow from your 401k or not. Focusing on the wrong thing leads people down the wrong path.