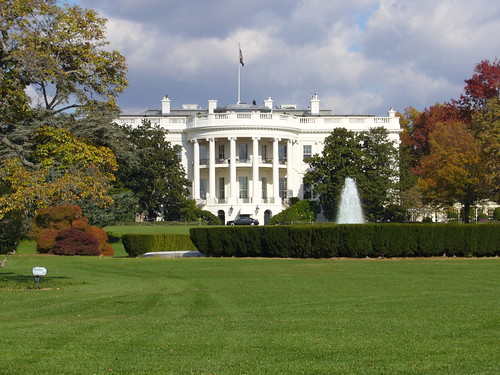 First on the proposed $3 million cap on retirement accounts (p. 175 in the Green Book PDF), it’s not exactly $3 million, but actually an amount enough to fund a $205,000 100% joint & survivor annuity at age 62. Currently the number calculates to $3.4 million at age 62. The $205,000 amount is adjusted for inflation. As a result, the calculated cap will also be adjusted for inflation.

Annuity provider BRK Direct shows it costs $4.3 million to buy a 100% joint & survivor annuity that pays $205,000 per year (without inflation increases) with 2 annuitants both at age 62 today. The $3.4 million number must have a higher interest rate assumption. The same annuity starting at age 62 for someone at age 42 today probably costs only one half of what’s required at age 62. The balance cap for someone at 42 would then be probably $1.7 million, one half of the $3.4 million number.

Basically every retirement account provider would calculate how much annuity starting at age 62 your money today can buy. You add up all those annuity-equivalent numbers. If the total exceeds $205,000 as adjusted by inflation, you are capped. Next year, repeat.

If you reach the cap, you are not forced to withdraw. You only can’t contribute more. As such it won’t solve the Romney problem when he funded his IRA with early startup shares that later experienced exponential growth.

Considering the cap is per person — a married couple would be able to accumulate enough to fund $410k per year at age 62 — the limit is set quite high. If someone wants to save more for retirement, just use a regular account. No big deal.

Limit Tax Deductions and Exclusions to 28%

One item that hasn’t received nearly as much attention as the $3 million cap or the chained CPI is the proposal to limit tax deductions and exclusions to 28% for high-income taxpayers (p. 144 in the Green Book PDF). High income is defined as those in the top 3 tax brackets (33%, 35%, 39.6%). In 2013, that’s taxable income above $183k for single, $223k for married filing jointly.

People at the lower end of the targeted income level often pay AMT. At first I thought any limit on itemized deductions except charitable donations and mortgage interest would just be absorbed by AMT. The regular income tax will go up but the total tax stays the same because AMT would be smaller. Charitable donations can be dealt with a donor advised fund. Mortgage interest can be dealt with by paying down the mortgage, which is a better move than buying bonds anyway.

On a closer look, the limit is actually much broader. In addition to itemized deductions, the limit to 28% would also apply to exclusions — money you don’t see as income on the tax return — and above-the-line deductions. These include:

Right now these things just don’t show up as income on the tax return. Employer-paid health insurance and employee’s 401k contributions are not reported as income in Box 1 on your W-2. Tax-exempt muni bond interest is more of a memo item, not added to the AGI. Under the proposal, you would first include all of the above as income, pay tax at the marginal rate, and then take a 28% credit.

I’m not sure if this will fly in the end but if it does it will have a much larger effect than the cap on retirement accounts. This is the much bigger whale people should pay attention to and talk about, not the $3 million cap thing, which is more like a sacrifice bunt or a diversion.

Whether you are for or against the proposals, don’t get too excited yet. Remember they are just proposals, which may not go anywhere.