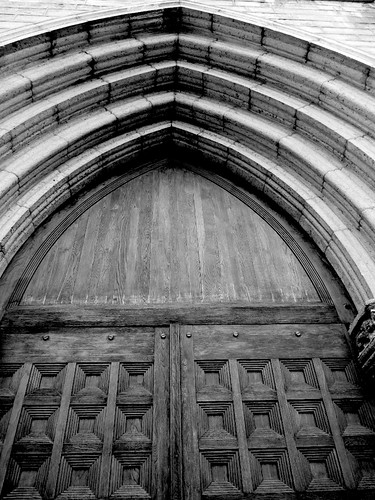 News came that Congress passed a fiscal cliff deal, official known as the American Taxpayer Relief Act of 2012. Whether you like it or not, that’ll be the law for now. Rather than doing a run-down for what’s in it, which I’m sure you read everywhere, I will look at one item at a time.

Section 902 of this new law added a provision about converting retirement assets from Traditional to Roth. That got some people worried about the potential effect on the backdoor Roth.

Here’s the text in the new law. I highlighted the pertinent parts:

SEC. 902. AMOUNTS IN APPLICABLE RETIREMENT PLANS MAY BE TRANSFERRED TO DESIGNATED ROTH ACCOUNTS WITHOUT DISTRIBUTION.

‘(i) the plan may allow an individual to elect to have the plan transfer any amount not otherwise distributable under the plan to a designated Roth account maintained for the benefit of the individual,

‘(ii) such transfer shall be treated as a distribution to which this paragraph applies which was contributed in a qualified rollover contribution (within the meaning of section 408A(e)) to such account, and

(b) Effective Date- The amendment made by this section shall apply to transfers after December 31, 2012, in taxable years ending after such date.

This new rule allows more people to convert money in their traditional 401k, 403b, or 457 plans to Roth 401k, 403b, or 457. Doing so is called an "in-plan Roth rollover." Before this new rule, it is allowed only if the participant is already eligible for a distribution (over 59-1/2, terminated from employment, etc.), which makes it practically useless because you might just as well rollover to a Roth IRA instead of doing it within the plan.

This new rule extends the eligibility to everyone, not just those over 59-1/2, terminated, etc. Of course the plan still has to allow it. You can only do it within the plan. Getting the money out to a Roth IRA while under 59-1/2 and still working for the employer remains off limit.

Anyway, this new rule does not deal with converting from a Traditional IRA to a Roth IRA. It affects only converting to Roth 401k/403b/457 within the same plan. It has no effect on the backdoor Roth.