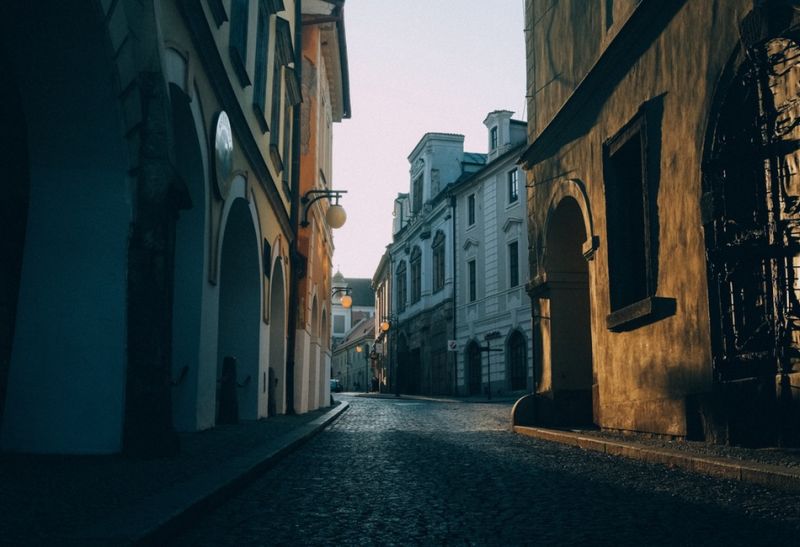 So here it goes: a complete how-to for the Backdoor Roth.

What is the Backdoor Roth?

The Backdoor Roth is an indirect way to contribute to a Roth IRA when you are not eligible to contribute directly due to high income.

Who should consider the Backdoor Roth?

If your income isn’t above the thresholds, stop reading — this article doesn’t apply to you. Instead, consider a deductible contribution to a traditional IRA if you qualify for one or contribute to a Roth IRA directly.

Why should someone consider doing the backdoor Roth IRA?

When you have money in a taxable account, you pay taxes on interest and dividends. When you eventually sell the assets, you also pay taxes on the capital gains. If you put money in a Roth IRA, you don’t pay those taxes.

If you don’t have any traditional IRA (say as the result of a rollover from a previous 401k or 403b), SEP-IRA, or SIMPLE IRA, you are in good shape. Skip to step 2. If you are married, please note IRAs are owned by one and only one person. Each spouse should look at his or her IRAs separately. If you don’t have any traditional IRA, SEP-IRA, or SIMPLE IRA but your spouse does, you are not affected but your spouse is affected.

If you have a traditional IRA, SEP-IRA or SIMPLE IRA, and you don’t mind paying taxes to convert all of them to a Roth IRA now, also skip to step 2. When your balances in those IRAs are small, the taxes you will have to pay when you convert them are also small.

If you have a traditional IRA, SEP-IRA or SIMPLE IRA, but you don’t want to convert them and pay taxes at a high rate just yet, rollover almost all the pre-tax money to an employer sponsored retirement plan: 401k, 403b or 457. Most employer-based plans accept incoming rollovers. 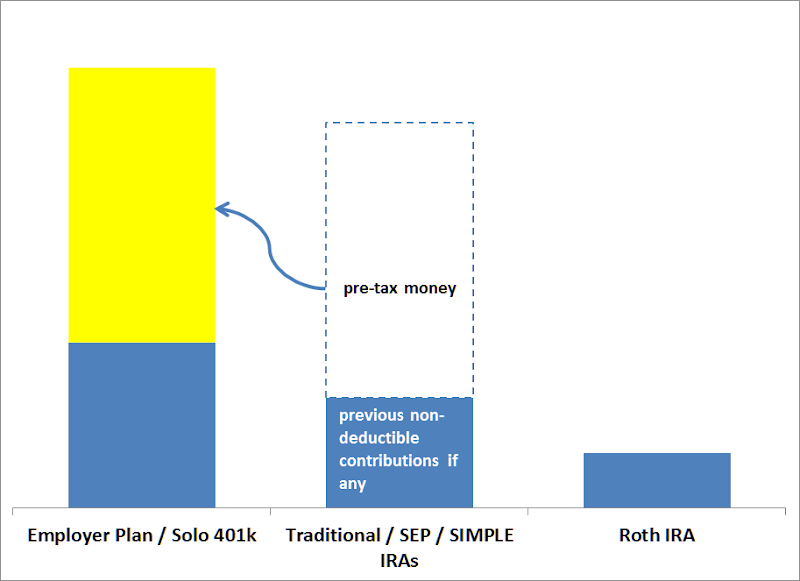 If your plan doesn’t accept incoming rollovers or if you don’t like your plan, create some self-employment income and set up a solo 401k plan, also known as a self-employed 401k plan or individual 401k plan.

House-sitting, dog-walking, tutoring, helping neighbors set up computer equipment, etc. are all good ways to earn self-employment income. Remember you don’t have to make a living on it. You just need a little self-employment income in order to qualify for setting up a solo 401k plan. See Solo 401k When You Have Self-Employment Income.

Step 2 – Make a non-deductible contribution to a traditional IRA 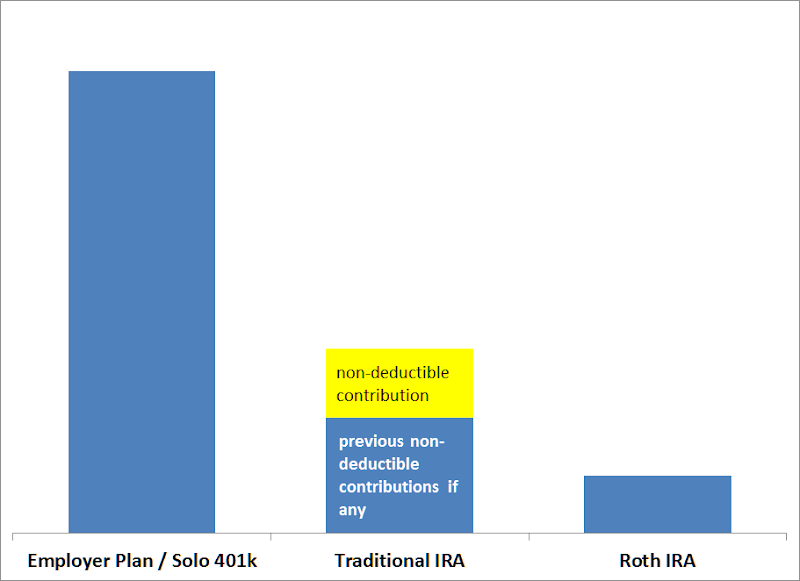 The IRS publishes the contribution limit ever year. Look it up.

The law does not impose any waiting period between a contribution and a conversion (step 4). However, some are concerned that if you convert too soon, it can be seen as an abuse.

There is no official guideline for how long you should wait. Some say a few days; some say 30 days; some say 6 months; some say wait until the end of the year. Pick a time you feel comfortable with.

Having the money sit in a traditional IRA for a short period of time is not going to kill you. The tax on the earnings won’t be much because you won’t have a lot of earnings.

Ask your IRA provider how to do this. Some can do it online. Some will want a signed form. There is no income limit for the conversion. Because your Roth IRA conversion comes primarily from your non-deductible contributions, there will be very little taxes on the conversion.

Be sure to specify you want to *convert* money in your traditional IRA to a Roth IRA, not *recharacterize* your contribution. The two are not the same. Using the wrong term can lead to bad consequences. See Traditional and Roth IRA: Recharacterize vs Convert.

Also be sure to choose “no tax withholding” for your conversion. This way 100% of the money goes into your Roth account. 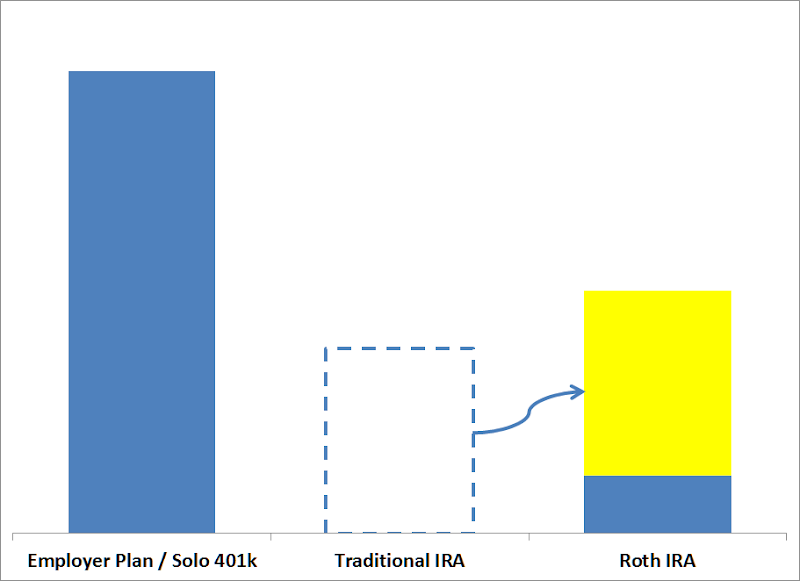 Step 1 is necessary because if you didn’t do it, your conversion will be taxed by the percentage of pretax money in all IRAs (the “pro-rata rule”). Money in employer sponsored plans doesn’t count in the pro-rata rule.

Step 5 – Report on your tax return

Since you made a non-deductible contribution to a traditional IRA in Step 2, you will need to include Form 8606 when you file your taxes. It’s a very simple form. If you use tax software, it will be included automatically if you answer the questions correctly.

Contributions to an IRA can be tagged for the current year or the previous year (if done before April 15 in the following year). Conversions are always tracked to the calendar year in which it actually happened. You report on the tax return your non-deductible contribution to a traditional IRA *for* that year and your converting to Roth *in* that year. If you contribute for the previous year and then convert, you will have to report in two separate years. It’s much simpler if you contribute for the current year and then convert before December 31. See Make Backdoor Roth Easy On Your Tax Return.

Here’s an filled-out example of Form 8606 produced by TaxACT software. I’m assuming by the time you converted, you had $50 worth of earnings. 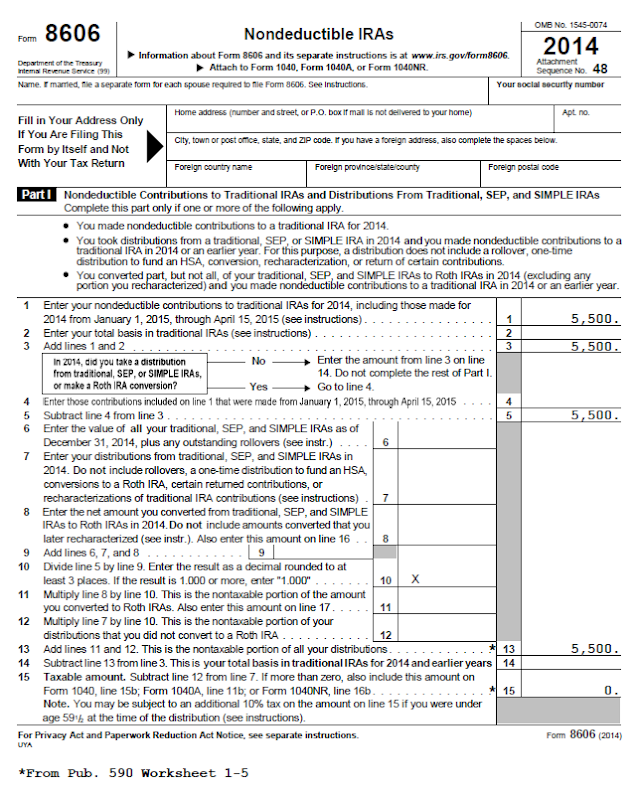 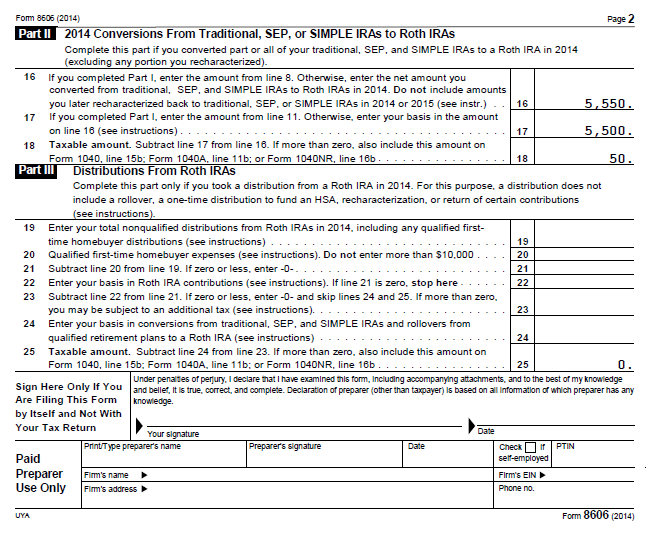 Step 1 is a one-time task. After it’s completed, you just repeat Steps 2-5 every year.

Most IRA custodians will keep an account open for a year even after the balance goes to zero. In such case next year you just contribute to the same empty traditional IRA and convert into your existing Roth IRA. It’s not necessary to open new accounts.

No Rollover to Traditional IRA

Some readers asked about reversing the order: do Step 1 after Step 4 but before December 31 in the same year. I don’t recommend it, even though it works the same on the tax form.

When you roll over from your traditional, SEP or SIMPLE IRA to a qualified plan, you are explicitly allowed to pick pre-tax money only. Not so when you do the conversion; you are not supposed to pick only after-tax money. The tax forms don’t show exact dates. If you reverse the order, you can probably get away with it if you are not audited, but I think it’ll be messier if you must explain to an IRS agent.

It’s too much trouble. Why don’t they just open the front door and let everyone contribute directly to a Roth IRA?

If the front door is wide open and everyone can contribute directly to a Roth IRA, the government will lose too much revenue. The income limit is imposed to reduce the revenue impact. Only those who know about the backdoor and are willing to perform the necessary steps can take advantage of the backdoor Roth IRA. Diligence brings rewards.

Will they close the backdoor?

Comments are closed because questions are becoming repetitive. Be sure to read existing comments for answers to questions similar to yours.