How to do the backdoor Roth and how to report it on the tax return are popular topics on this blog. Many people are doing the backdoor Roth pre-planned. They know their income is too high for  contributing directly to their Roth IRA. So they do it indirectly through the backdoor. By following the complete how-to, they are able to make it tax-free and really easy to report on their tax return.

Then they learned that they could recharacterize it to traditional — or if they haven’t yet contributed, just contribute to traditional for the previous year — and then convert it. So they did. This made it an unplanned backdoor Roth.

As with many things in life, it’s much better to be proactive and do it planned as opposed to being reactive and doing it unplanned. There are some pitfalls in doing the backdoor Roth unplanned.

First there is that pro-rata rule. If you have other traditional, SEP, or SIMPLE IRAs, sometimes coming from a rollover from a previous 401k or 403b, the unplanned backdoor Roth will make you pay taxes at today’s high tax rate as if you converted some pre-tax money unless you “hide” those pre-tax IRAs. 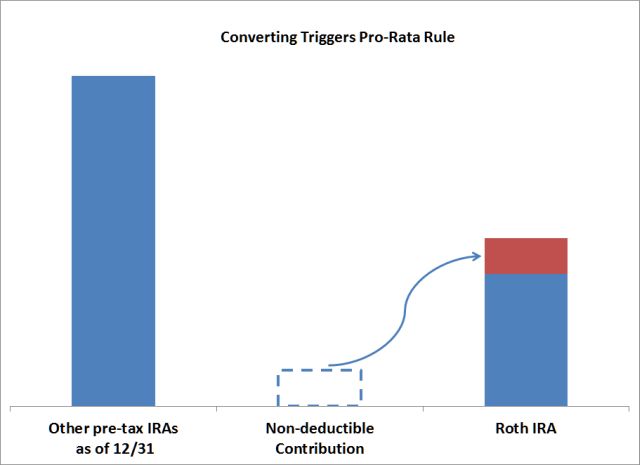 The customer service rep at your IRA provider doesn’t know whether you have other IRAs. You could contribute or recharacterize to traditional and then convert, but it doesn’t necessarily mean you will owe zero taxes from doing so. That’s a big reason for not taking tax advice from customer service reps.

Then there is confusion from contributing *for* one year and converting *in* a different year.

When you are proactive, you can contribute for the current year and convert in the same year. It will make it clean and easy to report on your tax return.

When you are reactive, by the time you realize your income is too high, chances are it’s already after December 31. You end up converting in the following year. Even when the conversion is tax free because you don’t have other IRAs, you still have to deal with splitting the tax reporting in two different years. Almost all the questions and confusion on how to report backdoor Roth come from this camp.

What should you do if you did an unplanned backdoor Roth?

It would’ve been better to “hide” your other IRAs before you converted, but since you already converted, now it’s time to catch up on moving those pre-tax IRAs out of the way. If you leave the pre-tax IRAs alone to the end of the year in which you converted, you will trigger the pro-rata rule. So don’t wait. 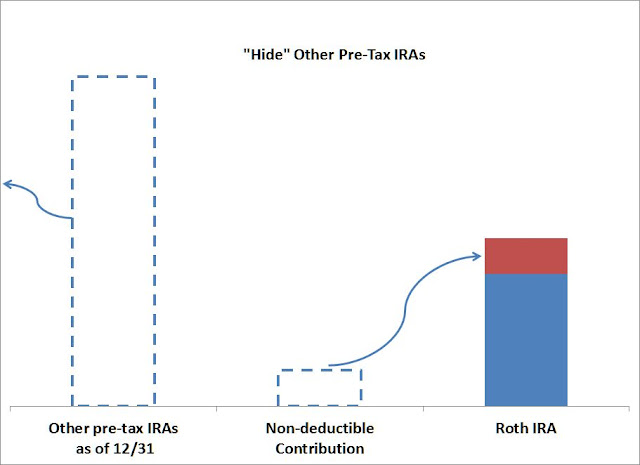 When you contribute *for* one year and convert *in* a different year, you will have to split the tax reporting to two different years. In the first year you report the contribution. In the second year you report the basis carried over from the first year and your conversion. You will have to remember. The confusion is your penalty for doing it unplanned.